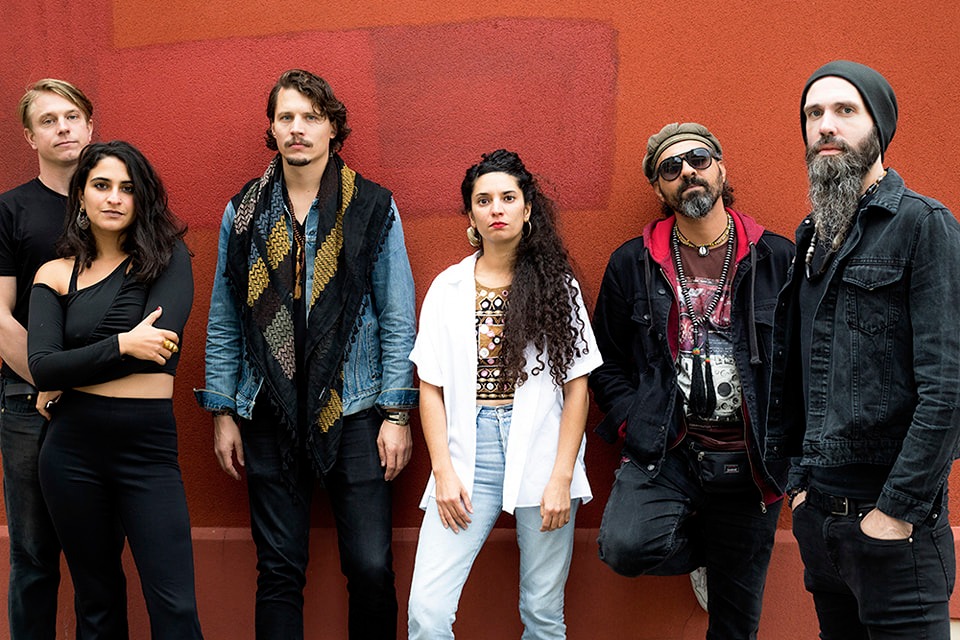 When continents collide, they make a thunderous sound. Arabian fuzz, they term it, a vision that’s brazenly electric and deeply connected to its roots. Al-Qasar was started in the Barbès neighborhood of Paris by producer Thomas Attar Bellier. The musicians came together, from France, Lebanon, Morocco, Algeria, Egypt, and the United States.

On Al-Qasar’s first full-length album, Who Are We?  bass, drums and percussion create an irresistible groove, while electric saz and guitars build a wailing wall above, with ecstatic Arabic vocals inspired by history as it strides into the future. Like a psychedelic celebration on the dancefloor, it bristles with the kind of deep energy that makes Al-Qasar sound like the world’s most dangerous wedding band.

“Al-Qasar whip up a globalized psych-rock storm on this gutsy debut (…) A potent racket with gusto, passion, and outlaw swagger.”
Uncut Magazine