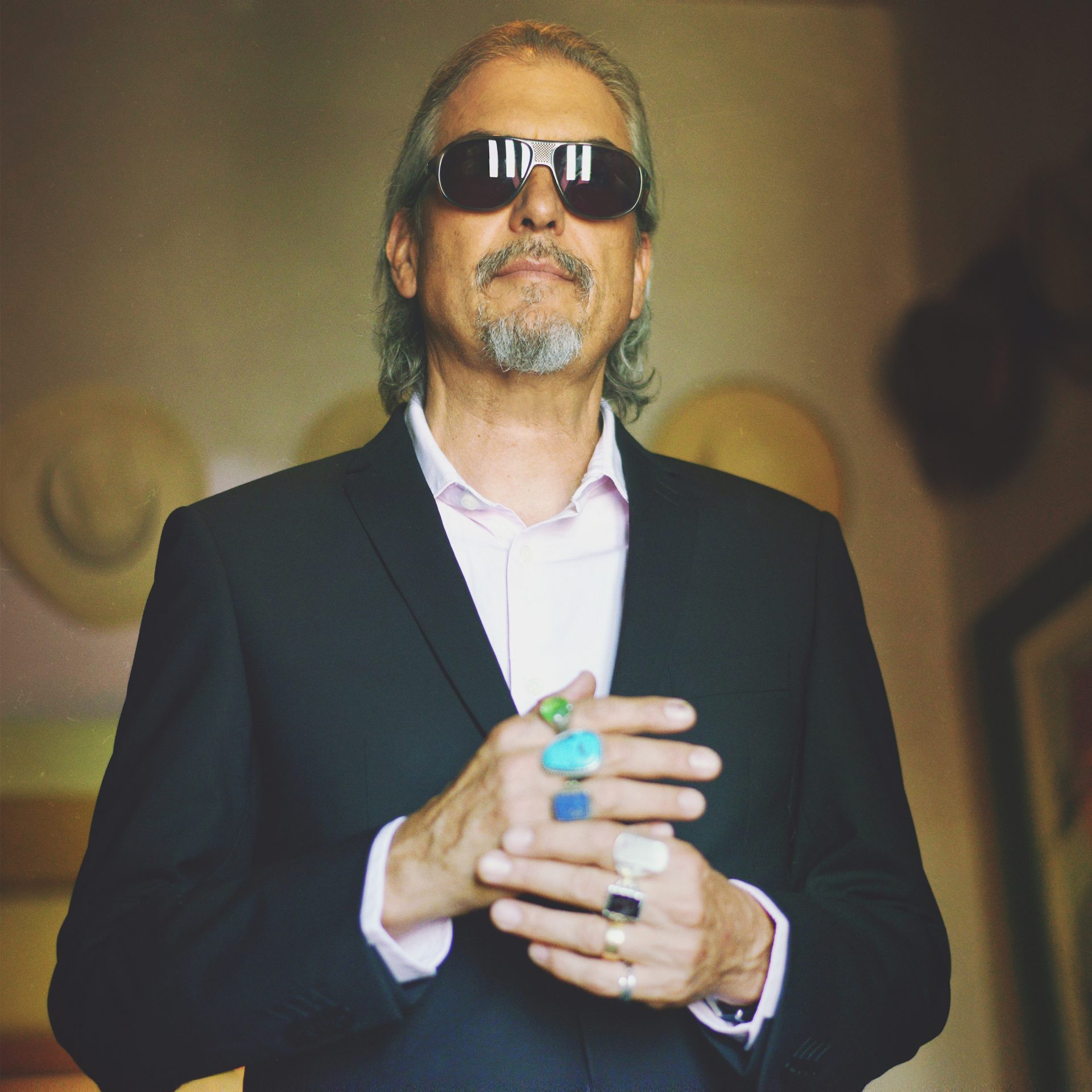 Let me set the scene – irresponsible lovers are canoodling in semi-lit booths, the jukebox is playing some old tunes by Frank and there’s some people over there who never want to fall in love again. It’s the last bar still open and the piano player mooches over to the battered grand. This guy, we know, is great. He expertly and succinctly slides in words like “iconoclast”, “apropos”, “tumult” and “ludicrous”, he even name checks Constantinople – that’s proper old school. For those celebrated guys who hit on the standards – Monk, Cohen, Bacharach, even Merle Haggard, Howe Gelb is creating new tunes with cathartic one-liners and malleable melodies that suggest any singer could interpret these dozen American piano ballads and take his offbeat worldview and make it their own.

Who wouldn’t want to begin the beguine with the line “World peace declared, no problem spared…”? These are ‘Future Standards’ by The Howe Gelb Piano Trio, taking an outsider view of early gospel and rhythm and blues both part of the American musical socialization that he touched on with 2006’s ‘Sno Angel’. Now he’s on a jazz-tinged trip, bending the genre, taking it back to his shack, giving an innovative fine tune in the lean-to garage. Now, he’s searching for a way to re-imagine an important genre in the history of song construction and, as ever he’s throwing a spanner in the works, making up words “un-em-barkable” and coming off like Mose Allison on downers, touching on Brubeck’s hand patterns, holding court as a Django-like strummer – Naim Amor – drifts by on an abandoned caboose almost just out of earshot.

T’was something less than coincidental that in the same burg Chet Baker ended it, these sessions began. There in Amsterdam with JB Meijers at the helm, co-producing the first tracks written for what was about to become a standard practice, assembling a brilliant rhythm section as well as offering his own signature guitar, JB aptly provided Howe the gumption to spring board into such uncharted waters with actual charts.