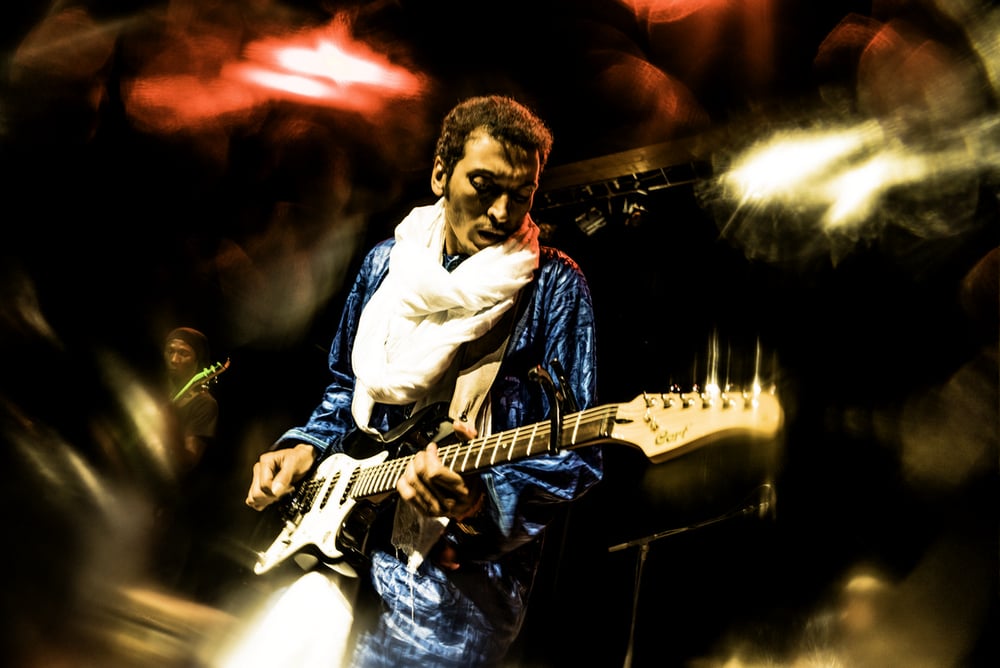 Omara “Bombino” Moctar, whose given name is Goumar Almoctar, was born on January 1st, 1980 in Tidene, Niger, an encampment of nomadic Tuaregs located about 80 kilometers to the northeast of Agadez. He is a member of the Ifoghas tribe, which belongs to the Kel Air Tuareg federation. His father is a car mechanic and his mother takes care of the home, as is the Tuareg tradition. Bombino was raised as a Muslim and taught to consider honor, dignity and generosity as principal tenets of life.

Bombino caused a number of sensations in the past years and played an incredible amount of fantastic concerts all over the world. Media celebrated intensely him in words. Later with Jools featured him. Then Dan Auerbach from the Black Keys recorded an album with Bombino at the Black Keys’ studio.