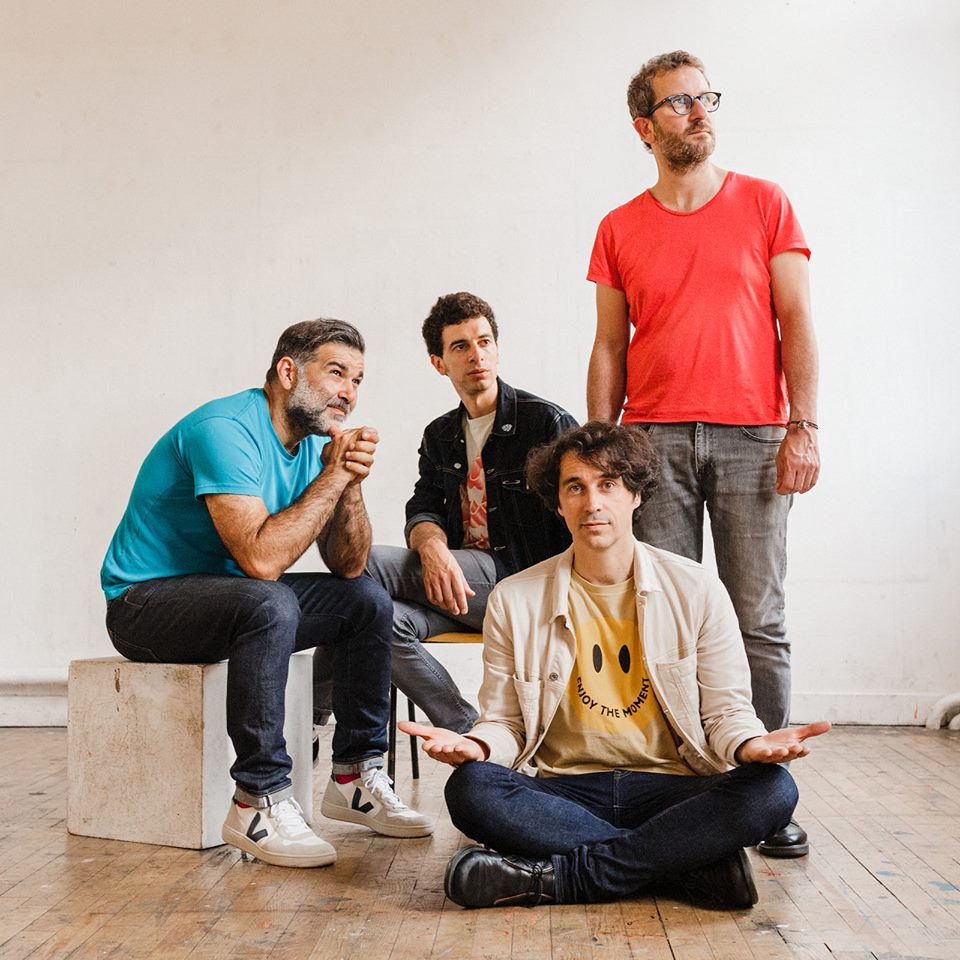 Formed by multi instrumentalists Xavier Boyer, Médéric Gontier, Sylvain Marchand & Pedro Resende, Tahiti 80’s adventure began in the French cities of Rouen and Paris in the mid 90s. Singer and guitarist Boyer and bassist Resende formed the pop combo as students at the University of Rouen. Taking their name from a souvenir T-shirt given to Boyers father in 1980, the duo recruited guitarist Médéric Gontier, and with the addition of drummer Sylvain Marchand a year later, the lineup was complete.

The foursome released a self-produced and self-financed EP, 20 Minutes (Bobby Records 1996) which resulted in them signing a deal with French label Atmospheriques. After a slot at the Fuji Rock festival in Japan in 2013, Tahiti 80 were back in the studio to finish their 6th album. From then on, the band managed to thrill their fans again and continued to produce records. In 2018, Tahiti 80 have released their latest work “The Sunshine Beat vol. 1 “.