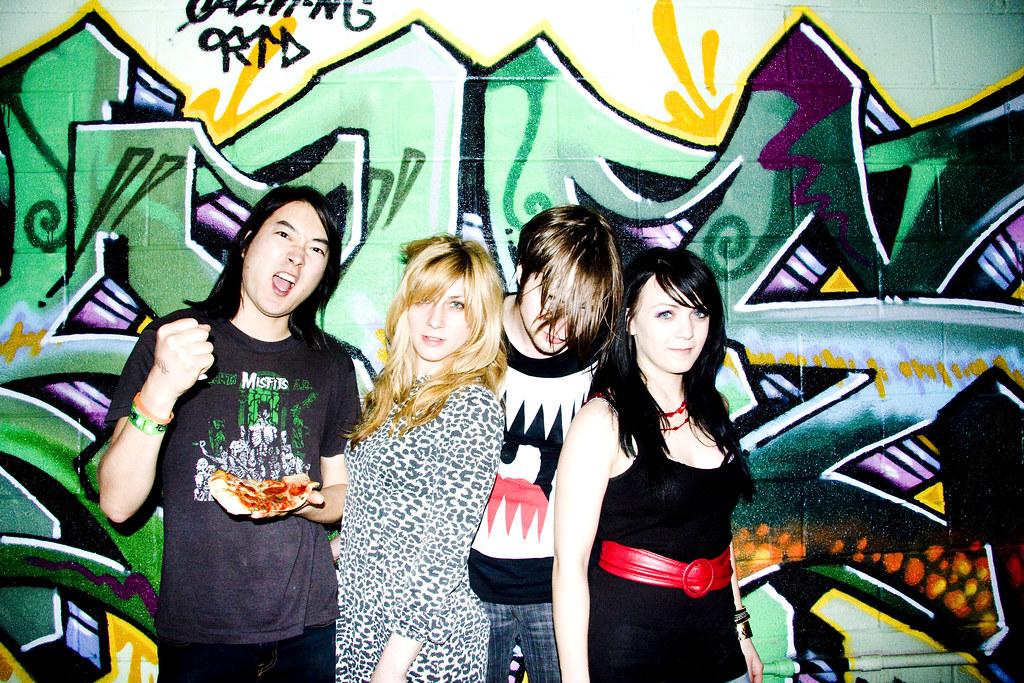 The Von Bondies (US)

The Von Bondies are a key band in the American garage-rock movement that spread its way across the globe in the early 2000s. With a spirit rooted in the energy of punk and the rawness of the blues, they became known for their uninhibited, energetic live shows, unique two-girl/two-boy lineup, and emotionally raw songs.

At a New Year’s Eve show in Detroit in 2000, Long Gone John, owner of the Sympathy for the Record Industry label, asked the band to record an album for him. The band recorded and mixed tracks for this record in three days with Jim Diamond at his studio Ghetto Recorders in Downtown Detroit. In 2003, the band released a live album called Raw and Rare with their friend Steve Aoki through his label Dim Mak Records and Stollsteimer’s own label ITA Records. This same year, at a show in the Netherlands, the band caught the attention of Seymour Stein (Ramones, Madonna, Talking Heads), who shortly afterward signed them to Sire Records/Warner Bros.

Live shows were always being a focus of the band, the Von Bondies toured frequently, headlining tours of the United Kingdom/Europe, Australia, Canada, and the United States, playing shows in Japan, taking along supporting bands like The Kills, Kasabian, Franz Ferdinand, the Modey Lemon, SSM, The Subways, The Stills, the Soledad Brothers, Hot Panda, Fight like Apes, and The Datsuns. And at any time they will tour again!

The Von Bondies (US) – online